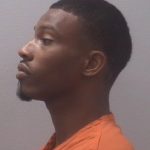 Arrest warrants have been issued for a West Columbia man in connection to a fatal shooting last month.

“Our detectives have determined Kevin Lawrence Pearson is a suspect in a Feb. 8 homicide on Princeton Road in West Columbia,” Lexington County Sheriff Jay Koon said.

Pearson, 25, should be considered armed and dangerous, according to investigators. He faces charges of murder and criminal conspiracy from the Princeton Road incident. Deputies responded to a 911 call of shots fired and found Rodney Isaac shot to death in a driveway.

Koon said anyone with information on where Pearson might be should call Crimestoppers at 888-CRIME-SC. Information can also be shared by texting “TIPSC” along with your message to CRIMES (274637). Tipsters don’t have to share their name with Crimestoppers and they could become eligible for a cash reward.

Pearson, a West Columbia resident, is also wanted on an arrest warrant from the Pine Ridge Police Department for failure to stop for blue lights.