Deputies arrested a man and a woman Wednesday in connection to drug paraphernalia and a gun found in a truck reported stolen. 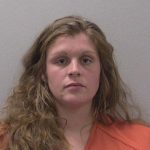 Amber Michelle Clay Hoffman, 25, is charged with trafficking meth and possessing a weapon during a violent crime, according to arrest warrants. 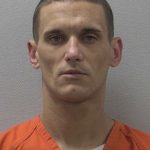 Another warrant states Robert Lonnie Williams, 34, is charged with possession of a stolen vehicle.

“A deputy confirmed the truck was reported stolen out of Richland County after watching it pull into a parking space at a convenience store on Edmund Highway,” Lexington County Sheriff Jay Koon said. “Williams ran away from the truck right after the deputy turned on his blue lights. He was apprehended and detained after a short foot pursuit.”

Hoffman, who was a passenger in the truck, went into the store’s restroom just before the deputy activated his blue lights, according to Koon. Another deputy detained her right after Williams was apprehended.

“Deputies found 90 grams of meth and zip-close bags in the bathroom along with Hoffman’s cellphone,” Koon said. “The same type of bags and used needles were found in Hoffman’s purse.”

Deputies found a handgun on the passenger seat during their search of the truck, according to a warrant.

Hoffman and Williams were arrested on the scene. They are being held in the Lexington County Detention Center while they await a bond hearing.