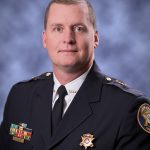 It seems like ages ago when the world existed without computers, cell phones or gaming systems. Nowadays we can’t imagine going anywhere without our phones. We constantly use them to text, browse the internet and post to social media accounts. However, it’s important to remember to be careful; with new technology often comes new ways to bully others.

Using technology to bully someone is called cyberbullying. Some people use the internet, cell phones or other technology to send or post images or texts intended to hurt or embarrass another person. Cyberbullies can be classmates, online acquaintances, and even anonymous users, but most often they do know their victims.

Cyberbullying is a problem that affects almost half of all American teens. Whether your child has been a victim of cyberbullying, there are steps you and other adults in your teen’s life can take to stop cyberbullying and stay cyber-safe.

-Encourage them to tell an adult you trust about what’s going on.

-Don’t delete any of the emails, texts, or messages. They can serve as evidence.

-Keep a record of incidents. Don’t forward any messages that spread rumors about your teen or someone else.

-Don’t cyberbully back. Revenge is never the best answer.

Don’t forget that even though you can’t see a cyberbully or the bully’s victim, cyberbullying causes real problems. If you wouldn’t say it in person, don’t say it online.