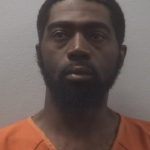 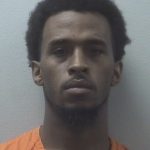 Two law enforcement agencies and a private resident teamed up to take two men into custody this afternoon after the subjects led officers on a chase across southern Lexington County.

A Gaston police officer activated blue lights and siren in an attempt to stop the two men. The subjects initiated the pursuit at Meadowfield and Blackville roads.

The pursuit ended in the 2500 block of Highway 6 after Lexington County deputies deployed stop sticks that deflated the tires of the pick-up truck driven by Joseph A. Drafts. Heirbrane W. Foster was a passenger in the vehicle.

Drafts continued to drive the truck for two miles on deflated tires before he exited the vehicle and fled on foot. Foster was arrested at the vehicle on multiple narcotics possession charges.

Drafts was taken into custody after a homeowner held him at gunpoint until law enforcement arrived. Drafts is charged with failure to stop for blue lights and driving under suspension.