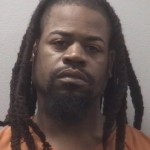 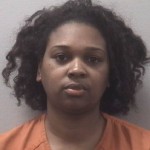 Demetrius Summers and Latesha Boykin have been arrested on multiple drug and weapons charges. Both Summers and Boykin face charges for trafficking and distributing drugs, possession of a weapon during the commission of a violent crime, possession of a stolen weapon and unlawful conduct toward a child.

Agents executed a search warrant at the couple’s apartment in the River Oak apartment complex this morning. Summers and Boykin were arrested without incident a short time later. Three children who reside with the couple have been placed in protective custody.