Editor’s note: Breondre Johnson was arrested May 29 on the charge mentioned below.

Three Columbia men and a juvenile have been charged in connection with a fatal shooting in an apartment complex parking lot.

“Based on statements detectives took from witnesses and information gathered at the Peachtree Place scene, three of the defendants tried to rob the victim before he was shot,” Lexington County Sheriff Jay Koon said. “The defendants exchanged gunfire with the victim resulting in the juvenile defendant suffering a gunshot wound.” 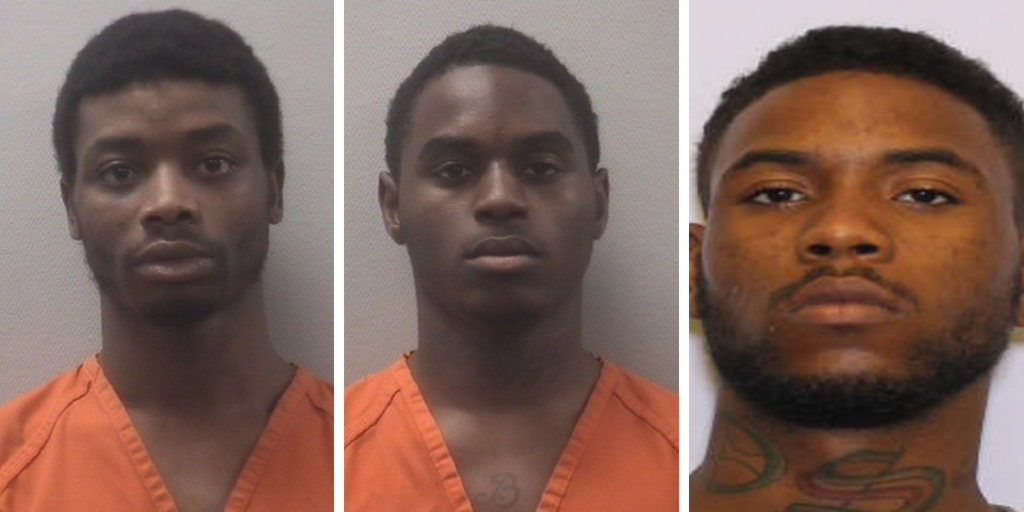 Correy Brown (left), 21, and Mathia Chambers (center), 17, are charged with murder and armed robbery for the March 18 incident, according to arrest warrants. Both are being held in the Lexington County Detention Center.

Breondre Johnson (right), 22, is still at large and wanted on a charge of accessory to murder after the fact, according to an arrest warrant.

The fourth defendant is charged with murder and armed robbery. He is in custody but will not be identified because he’s under the age of 17.

“We’re asking anyone who might be able to help us locate Johnson to call Crimestoppers at 888-CRIME-SC and share the information anonymously,” Koon said. “If your tip leads to an arrest, you’re eligible for a cash reward.”

Anonymous tips about Johnson’s whereabouts can also be shared with Crimestoppers in the following ways: