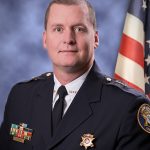 Losing a child is one of life’s greatest tragedies. For the parents, family, friends, and loved ones…for everyone involved. It’s especially hard when the death was preventable.

For 2018, South Carolina tops the national list in the number of kids who have died after being left in a hot car. These tragedies could have been prevented with a few simple steps.

Even with moderate temperatures outside, the inside of a car can heat up to well above 110 degrees in minutes. But with warmer months upon us, and daytime temperatures in many areas across the country shooting well above 90 degrees, vehicles will heat up exponentially faster.

That makes it vitally important to be aware of the dangers that vehicles—especially hot ones—pose to children, because tragedies can, and do, happen.

No parent ever thinks that it can happen to them, but a quietly sleeping child in the back seat can be forgotten, even by a great parent. And part-time caregivers who are unaccustomed to regularly transporting children can be especially prone to forgetting; indeed, many of these tragic incidents are associated with a change in the parents’ daily routine.

We need parents, caregivers and bystanders all working together to help end these tragic heatstroke deaths—because hot cars kill children.