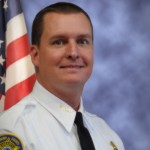 We live in a world where people expect instant, real-time information 24 hours a day, and those expectations don’t stop just because someone gets behind the wheel.  Drivers still don’t realize – or choose to ignore – the danger they create when they take their eyes off the road, their hands off the wheel, and their focus off driving.

For anyone who thinks they can talk on their phone, text, apply make-up, or do any other distracting activity while driving, it’s time for a crash course in reality from the National Highway Traffic Safety Administration:

While those numbers might sound like just statistics, they’re anything but. They could be parents, children, neighbors and friends from right here in Lexington County. There are too many sad tales of deaths and injuries that could have been prevented had drivers been paying attention to the road instead of someone or something else.

No one is immune from the dangers of distracted driving. So please remember: One text or call could wreck it all.