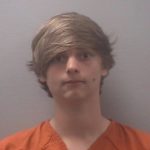 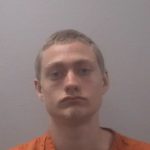 Tristian Harmon (above left) of Leesville and Skylar Shuey of Gilbert broke into Bethlehem Baptist Church where they vandalized property and broke into a safe, according to investigators. Detectives have also tied the 17-year-olds to car break-ins and the theft of a golf cart near the church.

“Based on our investigation, these two did some heavy damage to the inside of the church Monday,” Lexington County Sheriff Jay Koon said. “Fortunately, investigators returned several items back to the church and recovered the golf cart.”

Harmon and Shuey are charged with second-degree burglary, malicious injury to a place of worship, safecracking, two car break-ins, grand larceny and conspiracy, according to arrest warrants.

They are being held in the Lexington County Detention Center. Both are expected to appear in bond court at 3 p.m.